We had a super busy and successful day in San Juan yesterday. After two stops in tropical-looking ports surrounded by rural environments, it was surprising to pull into a major city! We were off the ship at 8:00 a.m. and used Uber to get over to Casa de Niños Manuel Fernández Juncos. Casa de Niños is a home for boys ages 8 to 18 who have had to leave their homes due to abuse or neglect. Apparently some of their family situations are so precarious that their parents are not allowed to know where they have been placed. It’s always sad when a child can’t be with his family but the 30 boys at Casa de Niños receive excellent care including counseling and a transition program when they turn 18. The facility is spacious, tranquil, and immaculate, and it was even a little more immaculate when we got finished with it. Lidia, who coordinates donations, met us at the front door with a to-do list and the students got right to work washing vans, repairing a cracked wall, raking leaves, and cleaning windows. 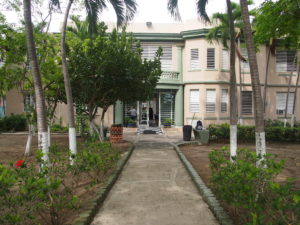 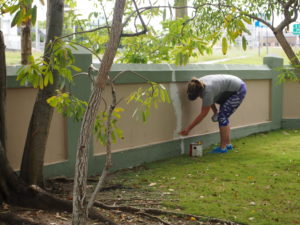 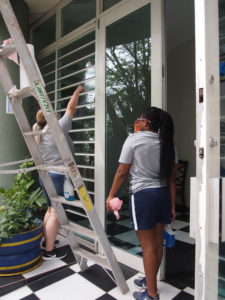 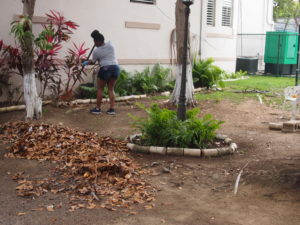 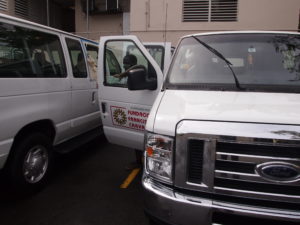 These students continue to impress me with their willingness to dive right in and contribute, even in unfamiliar surroundings and for the benefit of people they don’t know. We also had a chance to talk to some of the employees and learn a little more about how Casa de Niños operates, and everyone asked excellent questions.

After our morning of work we toured old San Juan and the two forts/castles that stand on the coast about a mile apart. San Cristobal is on the northern side of the peninsula and El Morro faces west. I took a group of 4 students and we started at San Cristobal, then walked up along the coast to El Morro and down through the town with a stop for empanadas back to the port. It was a lot of walking after our strenuous morning but we enjoyed it. As we were leaving El Morro we encountered Chris with the other 8 students. They had run into the governor of Puerto Rico and gotten a picture with him! We did not get so lucky but we did get a picture with an iguana. 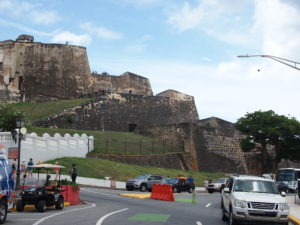 San Cristobal from below–we had stopped at a sidewalk stand for smoothies and fruit salad. 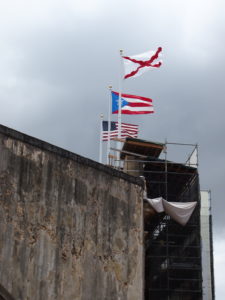 Both forts fly the U.S. flag, the Puerto Rican flag, and the Spanish military flag. 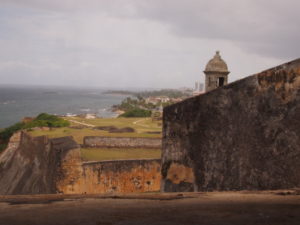 The cylindrical structure on the right is called a garita; garitas are symbols of San Juan. 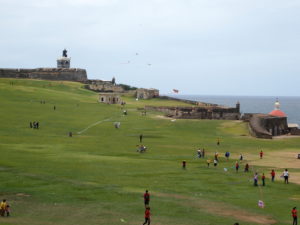 In front of El Morro is a huge lawn where people fly kites. 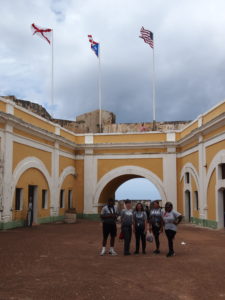 Our group inside El Morro 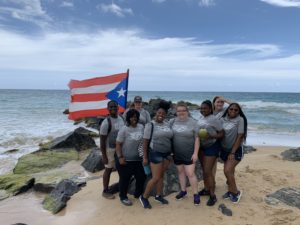 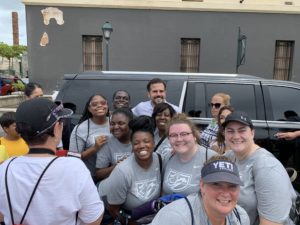 They met the governor! 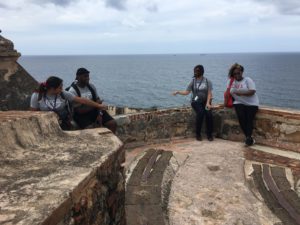 We met an iguana!

We were all happy to get back on the ship at 3:30 and relax before dinner. It was a big day! Sailing in and out of San Juan is beautiful because you sail right past the 2 forts and the city skyline. 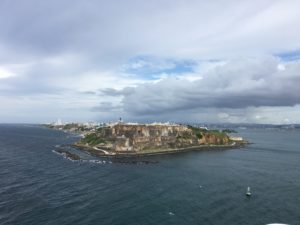 Now we are en route to Grand Turk, our last stop. Today will be an adventure day: one group is going ziplining and horseback riding and another group (including me) is going snorkeling. Stay tuned!