It’s  Friday and this week we’ve been through 2 class days and 2 field trip days, 6 doctor visits (!), 4 breakfasts, 2 lunches, at least 2 counties, one cathedral, two castles, and an undefined but large quantity of ice cream. Students and most of the faculty are off on their first free weekend and I am holding the fort here and getting some work done (read “watching Netflix”) while it’s quiet.

It feels like the days and weeks go faster every year that I’m here, maybe because there is an element of routine that is created. It’s nice to feel a sense of routine in a faraway place–one of the advantages of returning to a destination multiple times. A few things change (the cafeteria has been remodeled, the bus routes have been renumbered) but many more stay the same. All of a sudden lots of people here at WIT know me, and I know them. “Welcome back” is a sweet thing to hear!

Classes have been going smoothly and although we did have an unusual number of minor illnesses this past week, I think we are over that particular hump. The physical and mental stress of travel will do a number on one’s immune system, so it’s not that surprising that we had a few casualties. What is surprising is that this group of students has been fantastic about showing up on time for everything. It sounds like a small matter but in a group situation, getting everyone from place to place in a timely manner is a challenge. The challenge is compounded if people are a little lackadaisical about the schedule. We impressed this concern on the students at orientation and they have really come through. Every time we get on the bus, we count off to make sure we’re all aboard, and every time, they’re all in place.  It’s dazzling!

So here were our field trip destinations for this week: Tuesday we started at Woodstock House, a former eighteenth-century stately home that is now a ruin and unlikely to be restored (for a mixture of political and economic reasons), but that is surrounded by extensive and very beautiful gardens that are under restoration by Kilkenny County Council. 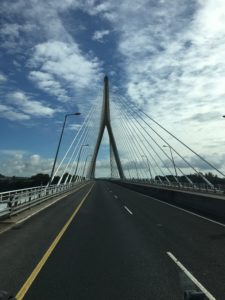 Thomas Francis Meagher Bridge, the longest single bridge span in the Republic and surely the prettiest. 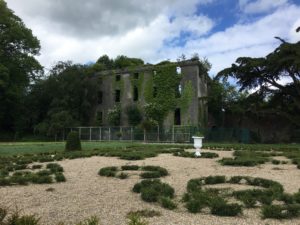 Woodstock House–likely to stay a ruin as it would cost a fortune to restore and not everyone appreciates a monument to British aristocracy. 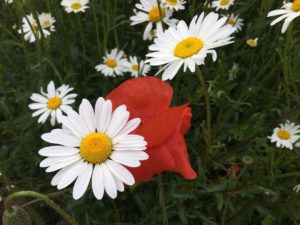 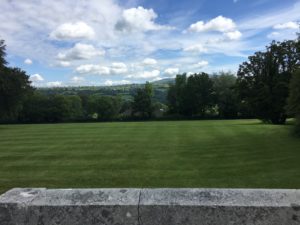 The view from the front garden of Woodstock House.

From there we went to Kilkenny town to visit St. Canice’s Cathedral, second oldest in Ireland after St. Patrick’s in Dublin, and Kilkenny Castle. They are separated by the “Medieval Mile,” a narrow street of shops and restaurants that reminds you how old the city is. It’s a fantastic place. 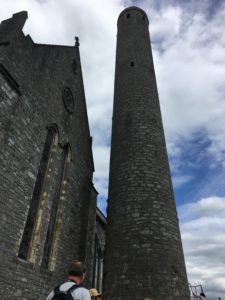 The medieval round tower at St. Canice’s–one of only a few in which you can climb to the top.

Stained glass is hard to photograph but sometimes I get lucky. 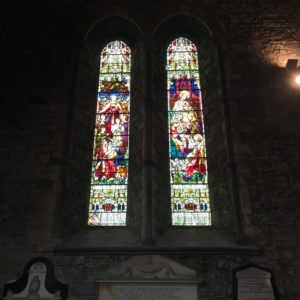 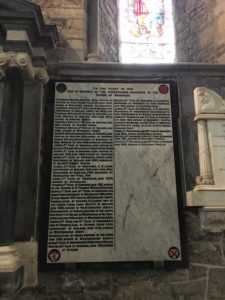 The Butlers of Ormonde ruled the Kilkenny area starting in the 1300s and owned Kilkenny Castle until 1967. 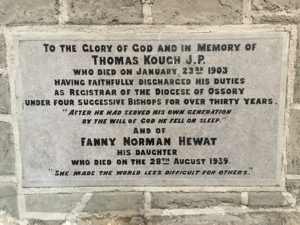 An epitaph that both ticked me off and touched my heart 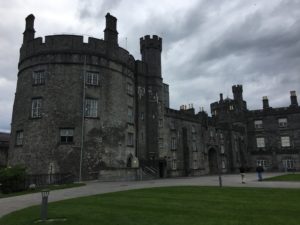 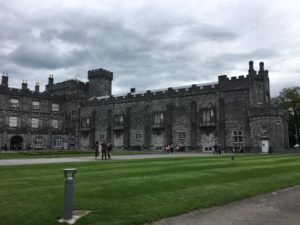 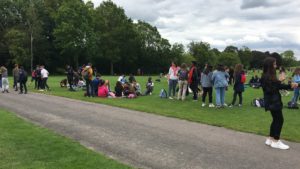 Every young teen in France was at Kilkenny Castle on Tuesday.

Thursday we went to Dungarvan in Co. Waterford to visit a 12th-century castle situated there and spend the afternoon in town. Between Kilkenny, which is a great but busy and full day, and our odyssey to Dublin next week, Dungarvan is a great chance for everyone to take a breath. 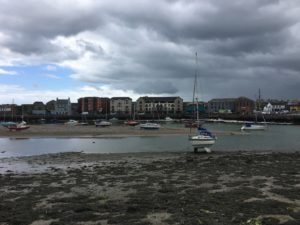 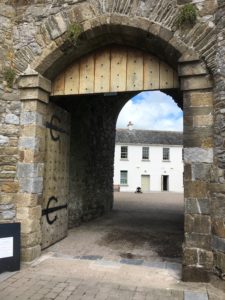 Looking in through the gate of Dungarvan Castle. 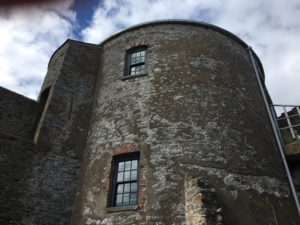 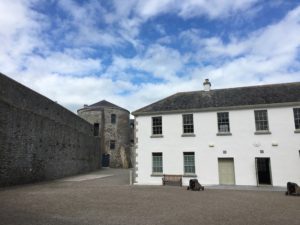 The white building is an 18th-century military barracks. 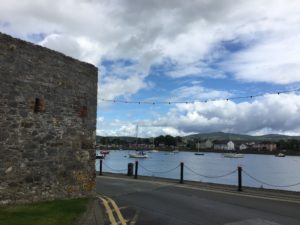 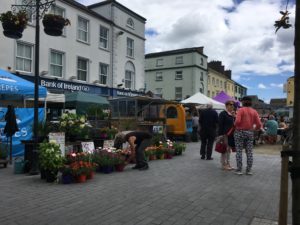 A small street market in Dungarvan 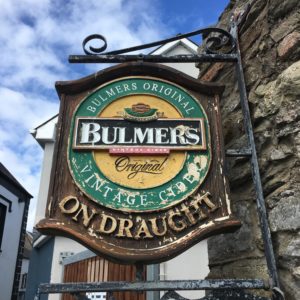 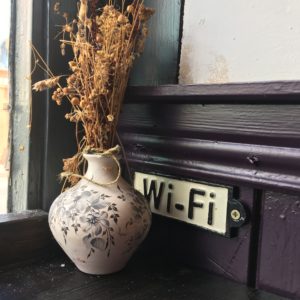 The pace of life really is different here. It has taken me this long to even begin to get used to it, and I am still overclocked compared to the Irish people I work with. Don’t get me wrong: they have plenty of hustle. Plenty. But they don’t do performative busyness like Americans do, and they take more advantage than we do of social connections when doing business. I’ve never been invited to a “meeting” here, though I’ve had plenty of them. It’s just that around here a meeting is called “We’ll have a coffee.” 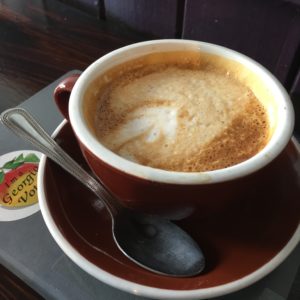 I’ve been here 10 days and have had approximately 600 flat whites.