I got to thinking over the weekend about the “little differences” that stand out when one visits a different country. Especially if you spend enough time in a particular place that you encounter grocery stores, doctor’s offices, and so forth, the differences are small but striking. As someone suggested to me, it’s all just different enough to make ordinary experiences a little more challenging–and just similar enough to make you feel a little disoriented! 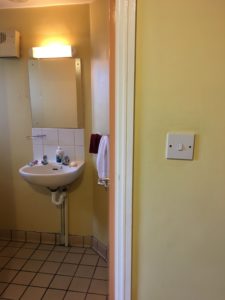 The bathroom light switch is always on the outside.

No power outlets in the bathroom except a shielded one for an electric razor.

European keyboards are just different enough to be a little frustrating. 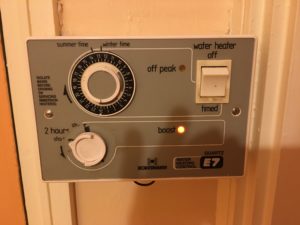 Irish water heaters a.k.a. “the immersion.” Even private homes have some version of this rather baffling system. 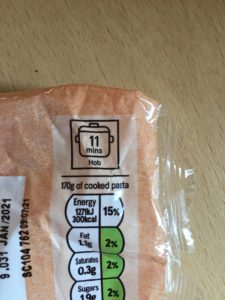 Lots of food products have these little cooking instructions on the packages. (“Hob” = stovetop.)

License plates (I think in Ireland they say “number plates” or “registration plates”): I didn’t take a picture of one but Irish reg plates go like this:

where the first part is the year plus “1” for January through June or “2” for July through December (so 192 doesn’t actually start for another week), the middle part is an abbreviation for the county (W is for Waterford), and the last part indicates that this car was the nth car registered in that county during that period. There would never be 12,345 cars registered in 6 months in County Waterford, but maybe in Dublin. The plate also shows the name of the county in Gaelic. Sometimes if you aren’t sure based on the abbreviation, you can figure out the country from its Gaelic name: L = Luimneach = Limerick. Sometimes it’s total confusion: MH = An Mhi = Meath. (It doesn’t help that I do not yet know all the county names.)

I love being in another country, observing these differences, and trying to put the pieces together to figure out why things are the way they are. I will never fully understand “the immersion,” but, I am confident, neither does anyone else!